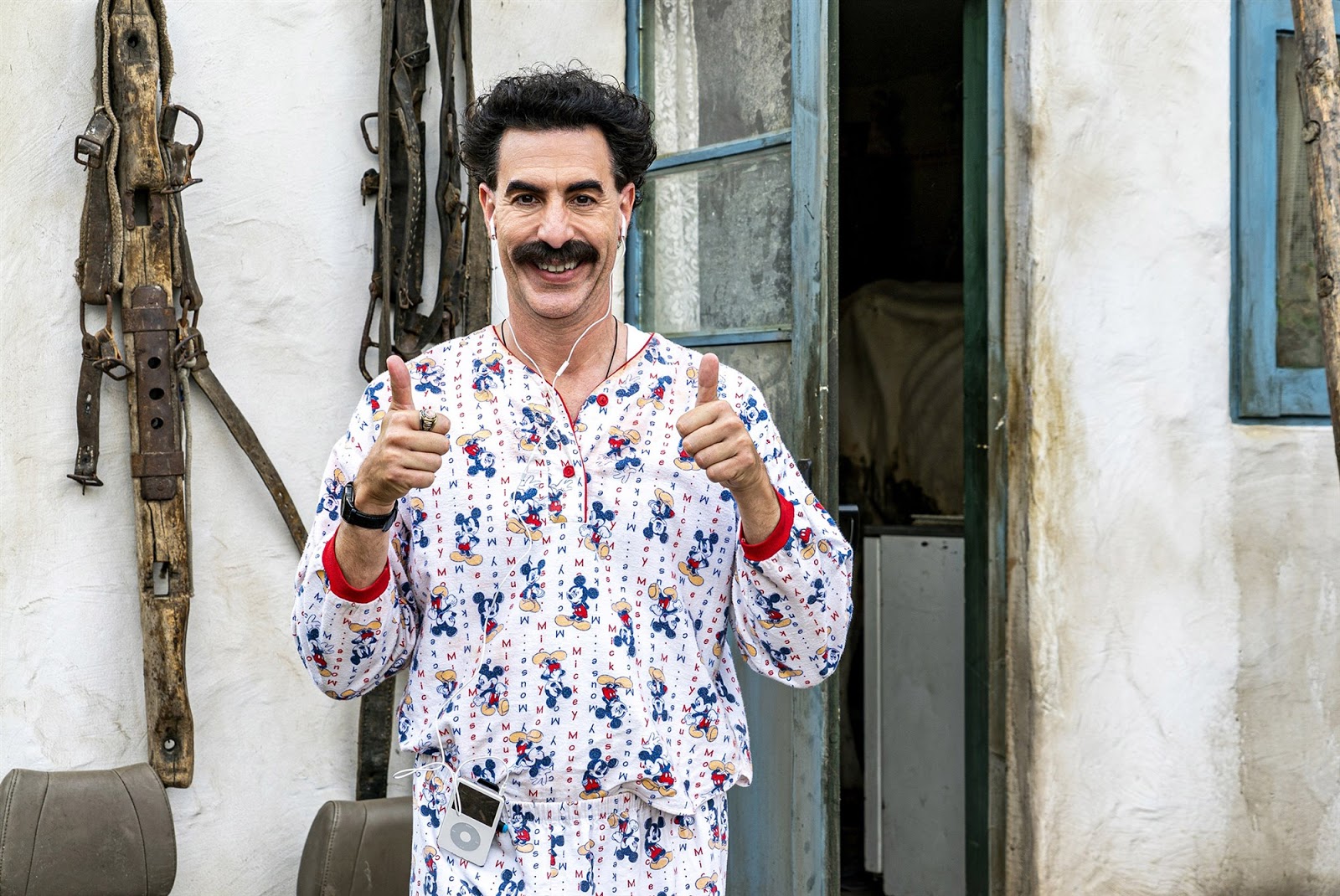 Sacha Baron Cohen’s new work as Borat, titled Borat Subsequent Moviefilm: Delivery of Prodigious Bride to the American Regime for Make Benefit Once Glorious Nation of Kazakhstan, walks in the heavy boots of its successful predecessor, with its path beset with many potential stumbling blocks.

These would-be obstacles are wide ranging, taking in the Covid-19  pandemic and its effects on mobility; the fame and conspicuousness of Borat; and the United States’ further slip into the abyss, symbolised by President Donald Trump and those he keeps close.

Although the US is vast enough to hand Cohen his material on a platter, there are signs of this being an uphill battle for him, with the filmmaker unable to hit his stride through most of this follow-up, which comes 14 years after his initial salvo.

The timing of Borat’s resurrection is telling, perhaps suggesting that a film of this nature would have never had the same bite were it lampooning Americans in the time of former president Barack Obama.

For Cohen, there are stark and interesting questions thrown up by the 14-year interregnum and the symbolic meaning of former president George Bush and Trump. In fact, the film’s central premise: to hand Borat’s “underage” daughter over as some kind of diplomatic booty to the US, points to how Cohen is interested in unmasking patriarchy as it manifests in the US. If these men are unethical and rotten to their core in how they treat women, he seems to ask, how can they be entrusted with not only running a country, but also creating a just society?

This is what the Rudy Giuliani skit seems to be about: a suggestion that there are correlations between political choices and personal ethics. In the movie, the former mayor of New York and current Trump personal attorney seems to be prepared to go all the way with Tutar (Maria Bakalova), Borat’s daughter, who plays an underage reporter in one of the closing scenes.

Controversy has erupted over just what the scene depicts, with the film’s audience seeing Giuliani fishing in his pants — or tucking in his shirt, as he says — as he lies down on a bed after being invited up to Tutar’s room. Although we may all agree that Giuliani may have not conclusively been readying his member before being rudely interrupted by Borat disguised as the sound guy, one can read impropriety in Giuliani as soon as the interview commences.

It’s enough to make the arguments about Trump and his inner circle stick, especially with footage of Jeffrey Epstein and Trump lecherously looking at a group of dancing women spliced in effectively earlier on in the film. Trump and Michael Pence are lampooned with similar intent, with Borat dressed as Trump darting across the crowd at a Pence rally screaming: “Michael Penis, I brought the girl for you,” before being bounced out by security.

Other scenes, perhaps, point to the creative nadir being thrown up by the Trump presidency in terms of the zeitgeist it has generated. With the presidency representing a truth far stranger than fiction, there seems nothing left to send up.

The skits here, as a whole, represent low-hanging fruit. As a result, there are large stretches of the film that lack the complexity befitting the subject matter. Even when considered within the realm of satire, the film hardly surpasses crass provocation and easy humour.

Still, Cohen’s ability to attain the proximity needed to film some of the movie’s more volatile scenes is commendable. That stuff looks easier than it is to pull off. But Cohen barely manages to tread water on this one, with a nagging feeling that the baseness of the US has reached further depths, becoming tougher to grapple with without sinking right along with it.

Hungry for change: An open letter to African governments

The inefficiency of the Gini coefficient